It shouldn’t depend on everything 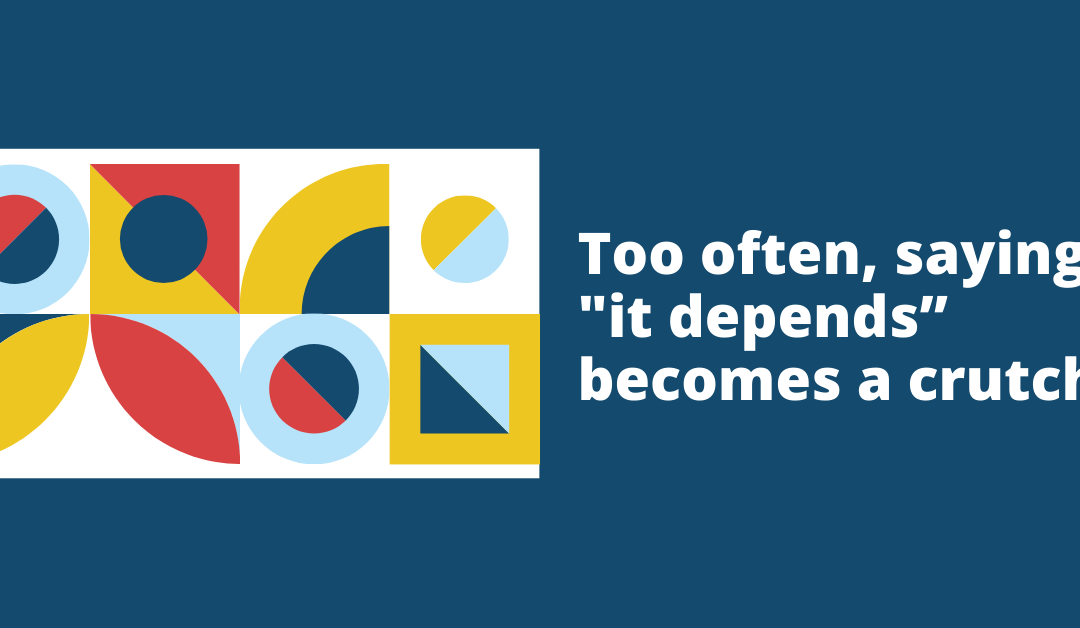 There’s a saying that I (and many lawyers) have.

(Other professions have this saying, too. I recently hurt my Achilles tendon, and most every doctor or physiotherapist I ask about recovery timelines and healing techniques tells me it depends.)

This saying is a good saying. It separates the Google-generated advice from value-added advice from a trained professional. It gives you (and me) the confidence that I’m addressing your needs in, and not out of, context.

But too often “it depends” becomes a crutch. I think of too many variables or possibilities, many of which are too remote to be relevant. “It depends” paralyzes good advice because there are too many routes to the final destination. “It depends” can become an excuse.

Clients don’t want to hear “it depends”. Clients want answers. They already know that “it depends”, that’s why they’re paying for advice: for a trained and experienced someone else to make a call.

Business advice is not always straightforward. It often does rely on hidden factors. But my job is to uncover those hidden factors, not to carve out caveats. Want to learn more?